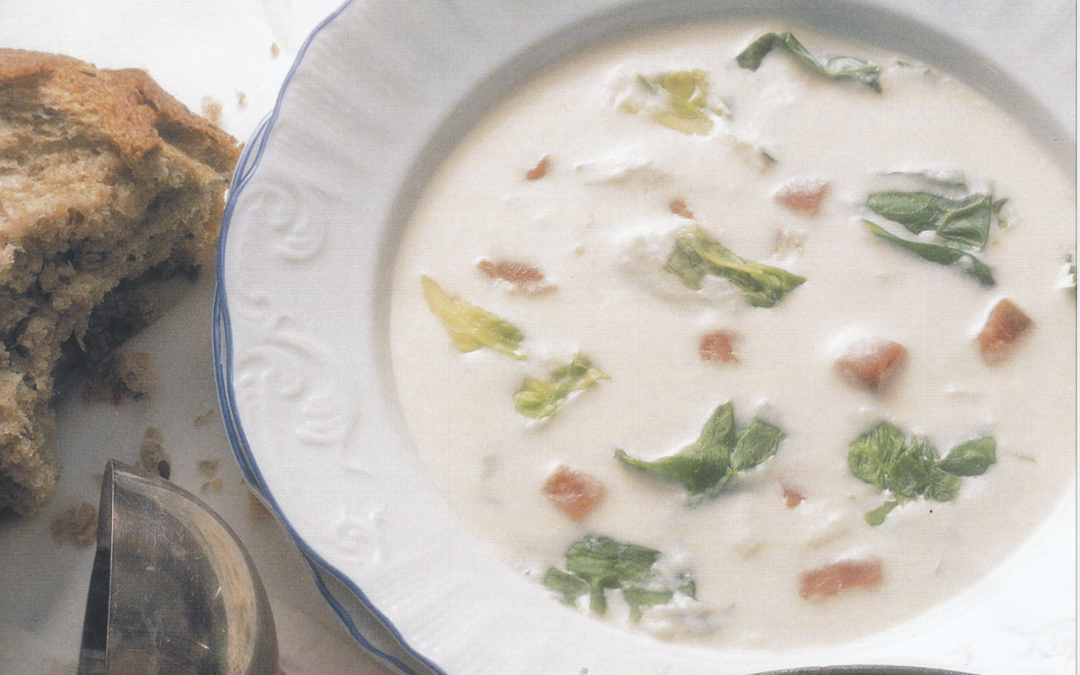 Many Irish dishes focus on simple, fresh ingredients that can be purchased close to home. Potatoes long have been a staple of Irish cooking. Brought to Europe by Spanish explorers from the New World, the potato put an end to famine in regions of northern Europe, like Ireland. Smithsonian notes that, by the end of the 18th century, roughly 40 percent of the Irish ate no solid food other than potatoes. If that sounds like a boring diet, it’s good to note that all that was necessary to make potatoes desirable and more versatile was a little creativity.

Potato soup is one way to experiment with potatoes. There are many different takes on potato soup, but most classic Irish recipes feature potatoes, stock, leeks, and onions. But that does not mean potato soup can’t be enhanced by other ingredients, like those found in this recipe for “Potato, Escarole and Country Ham Soup” from “The Culinary Institute of America Book of Soups” (Lebhar-Friedman Books).

2 yellow or white potatoes, peeled and diced (about 2 cups)

1/4 teaspoon salt, or to taste

Heat the butter in a soup pot over low heat. Add the onion, leek, celery, and garlic; stir until they are evenly coated. Cover the pot and cook until the vegetables are tender and translucent, 6 to 8 minutes.

Add the broth, potatoes and thyme. Simmer the soup until the potatoes are tender enough to mash easily, about 20 minutes.

Remove the thyme and discard. Puree the soup. Return the soup to the pot and bring to a simmer.

Add the escarole and diced ham and simmer, 12 to 15 minutes, or until all the ingredients are tender.

Season with salt and pepper. Serve the soup in heated bowls.

Tip: Country hams have an altogether different taste and texture from that of boiled hams. They have been cured for lengthy periods and have a unique salty, smoky taste. Ask your deli manager or butcher to help you find country ham or a suitable substitute.