Fresh vegetables are the star of summertime meals 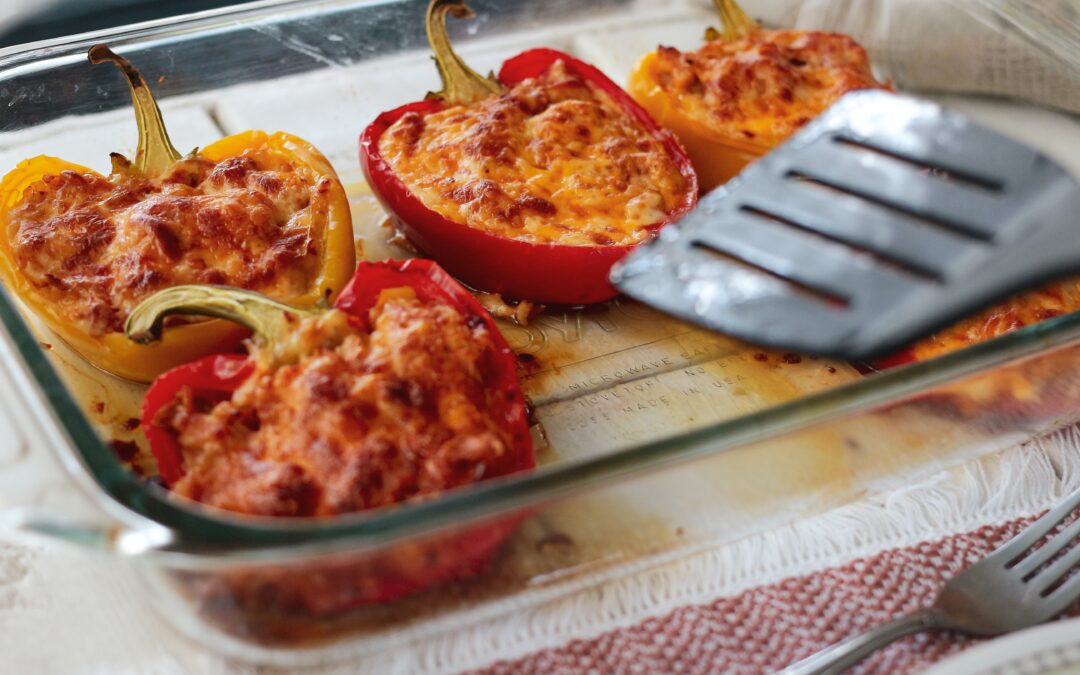 When the mercury rises, savvy cooks know lighter fare is the name of the game. Light recipes can be made even better by incorporating fresh produce that’s full of vitamins and minerals. It’s even possible to grow many of these foods right in your own backyard garden.

Heat the oil in a large saucepan and fry the chicken, pork and ham or bacon until colored on all sides. Take the pan off the heat and reserve.

Meanwhile, cook the rice in plenty of boiling salted water until done – usually about 15 minutes, but follow the instructions on the package. Drain and reserve the rice.

Add the garlic, chopped tomatoes, green bell pepper, corn kernels, paprika, saffron, salt and pepper, and parsley to the pan containing the meat. Let the sauce simmer and reduce the volume of liquid by about half. Stir the rice into the sauce.

Oil a deep ovenproof dish big enough to take all the peppers. Cut off “lids” at the stalk ends of the peppers and remove the seeds. Stuff them with the meat and rice mixture and replace the lids. Tuck the peppers into the dish, cover with foil, and bake at 325 F for 11/4 hours.